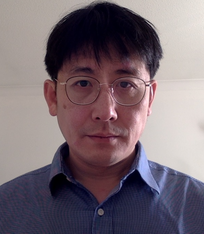 Professor Shuang Zhang received BS and MS. in Physics from Jilin University, China, in 1996, MS.  in Physics from Northeastern University, Boston, MA, in 1999, and Ph.D in Electrical Engineering from the University of New Mexico in 2005. From December 2005 to August 2006, he was a Postdoctoral Research Fellow at the University of Illinois at Urbana-Champaign, and from August 2006 to March 2010, he was first a Postdoctoral Research Fellow and later an Assistant Research Engineer at the University of California Berkeley. In March 2010, he took the position of Reader in the School of Physics & Astronomy, University of Birmingham, and was promoted to professor in March 2013. In 2020, he joined the University of Hong Kong as a Chair Professor, affiliated with both the Department of Physics and the Department of Electrical and Electronic Engineering. He currently serves as a Divisional Associate Editor for Physical Review Letters, a Co-Executive Editors-in-Chief for Light: Science & Applications, and an editorial board member for Advanced Photonics.

Prof. Zhang’s research covers metamaterials, nanophotonics, topological photonics and nonlinear optics. He published more than 200 papers in journals including Science, Nature, Nature Physics, Nature Materials, and Physical Review Letters. Professor Zhang was the recipient of IUPAP (International Union of Pure and Applied Physics) Young Scientist Prize in Optics in 2010, the Royal Society Wolfson Research Merit Award in 2016. He was elected a Fellow of the Optical Society of America (OSA) in 2016. He appeared on the list of “Highly Cited Researchers” by Clarivate Analytics in 2018 and 2019.