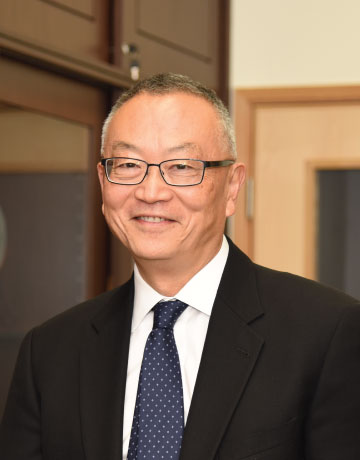 Professor Keiji Fukuda joined the School of Public Health, The University of Hong Kong in December 2016 and became the School Director in 2017. Under Professor Fukuda, the School has pioneered a holistic and multi-sectoral undergraduate programme on public health and development, established new research directions such as antimicrobial resistance and fostered collaborations and initiatives aimed at developing the next generation of health leadership.

Previously (2005 – 2016), he worked at the World Health Organization (WHO) in several capacities including Assistant Director-General for Health Security, Special Adviser to the Director-General on Pandemic Influenza and then as Special Adviser for Antimicrobial Resistance and as Director of the Global Influenza Programme. He led global approaches to health security including the development and adoption of the Pandemic Influenza Preparedness Framework and implementation of the International Health Regulations as well as responses to events such as the emergence of influenza H5N1 and H7N9, the 2009 Pandemic influenza, MERS, Ebola and antimicrobial resistance (AMR). He was central to the international health diplomacy initiatives that resulted in the 2016 historic Heads of State level meeting at the United Nations (UN) and a UN resolution on AMR. Professor Fukuda was often WHO’s main global media spokesperson.

At the U.S. Centers for Disease Control and Prevention Centers (CDC), he was Chief of Epidemiology, Influenza Branch and personally led CDC field teams that assisted Hong Kong during the 1997 avian influenza H5N1 outbreak and many other field investigations. He worked extensively with China on issues such as influenza surveillance, SARS and influenza H7N9. He helped develop new models combining epidemiological and laboratory data to improve US influenza surveillance and disease burden estimates, supported development of US influenza vaccination policy and led the international team that redefined the chronic fatigue syndrome. He is a physician and epidemiologist and received his BA from Oberlin College, MD from the University of Vermont, MPH from the University of California, Berkeley and EIS training at CDC.

Significance and contribution of the following research output submitted under RAE2020:

This paper aims to greatly improve current estimates of mortality from antimicrobial resistant infections (AMR). Currently, two major approaches have been used for such estimates but both are inadequate and come up with different results resulting in a significant underestimation of such deaths. Improving such estimates may increase sustained support for addressing AMR and strengthen current policies.

This paper is aimed at helping to clarify the risk factors and the impact of one major form of antimicrobial resistance (AMR) - extended-spectrum β-lactamase-producing Enterobacteriaceaehas – in children in Asia. This is not well documented but is important for policy and intervention purposes because Asia contains a large proportion of children in the world, and this specific form of AMR reduces the effectiveness of several major classes of antibiotics and is associated with higher mortality.