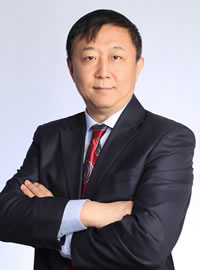 Professor Gong is a Foreign Member of the Academy of Europe (Academia Europaea). He was the Founding Editor-in-Chief of Geographic Information Sciences (now Annals of GIS). He has been appointed as one of the 13 advisers to Future Earth, an organization sponsored by ICSU (International Council for Science), UNEP (United Nations Environment Programme) and UNESCO (United Nations Educational, Scientific and Cultural Organisation), one of the 19 members of the Earth Commission, a group of leading scientists in the world to develop scientific strategies in support of the achievement of sustainable development goals, and one of the 3 co-chairs of the Lancet Climate Change and Health Commission and Countdown 2030.

As an inter-disciplinary researcher and an institution-builder, Professor Gong has a successful record of recruitment, innovative organization and motivation of large teams of cross-disciplinary talents. He was a co-founder of the Center for Assessment and Monitoring of Forest and Environmental Resources at UC Berkeley. He built the first Earth System Science Institute in China at Nanjing University, the State Key Laboratory of Remote Sensing Science in the Chinese Academy of Sciences and Beijing Normal University, and the Tsinghua Urban Institute at Tsinghua University. In 2020, he led an expert preparation group in establishing the Vanke School of Public Health at Tsinghua.

Professor Gong's major research interests include urbanization and health, mapping and monitoring of global environmental change, and modelling of environmentally related infectious diseases. He received a number of research awards from the American Society for Photogrammetry and Remote Sensing, the Association of American Geographers as well as the Joint Board Council of Science China and Science Bulletin. More than 30 PhD students and postdocs he graduated/supervised now hold academic positions in major American and Chinese universities including UC Berkeley, UCLA, Tsinghua University, etc.